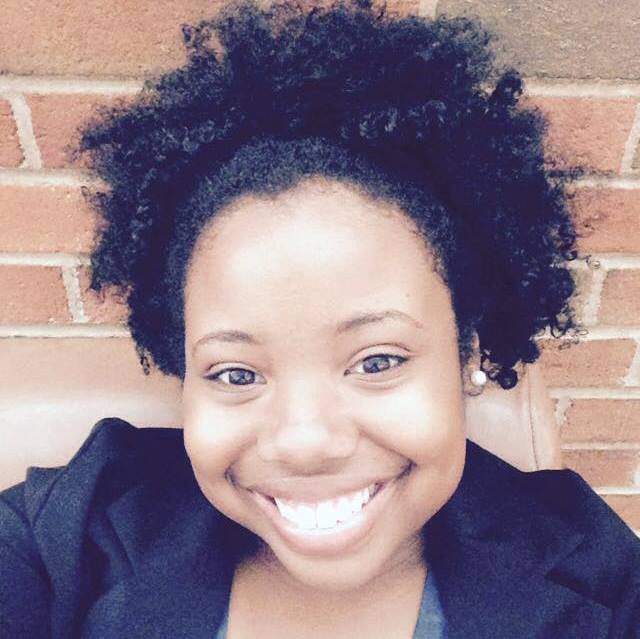 Briana is a native Memphian. She moved to Nashville in 2009 to attend college at Vanderbilt where she majored in Sociology and Women's and Gender Studies. She obtained her Master of Education in Learning, Diversity, and Urban Studies from Peabody College of Vanderbilt University in 2016. Before completing her master’s degree, Briana taught in Memphis for two years. It was during this time period that she began her work with HFTN around the Fetal Assault Law and the Vote No on 1 Campaign. Briana is able to bring her interest in Black feminism to the work, especially her salient interest in issues that affect Black mothers. Briana served as Co-Executive Director of Healthy and Free Tennessee for five years from 2017-2022. She is currently the Director of Liberatory Learning and Capacity Building at Communities for Just Schools Fund. Briana also serves on the coordinating committee for the Official Black Lives Matter Memphis Chapter. 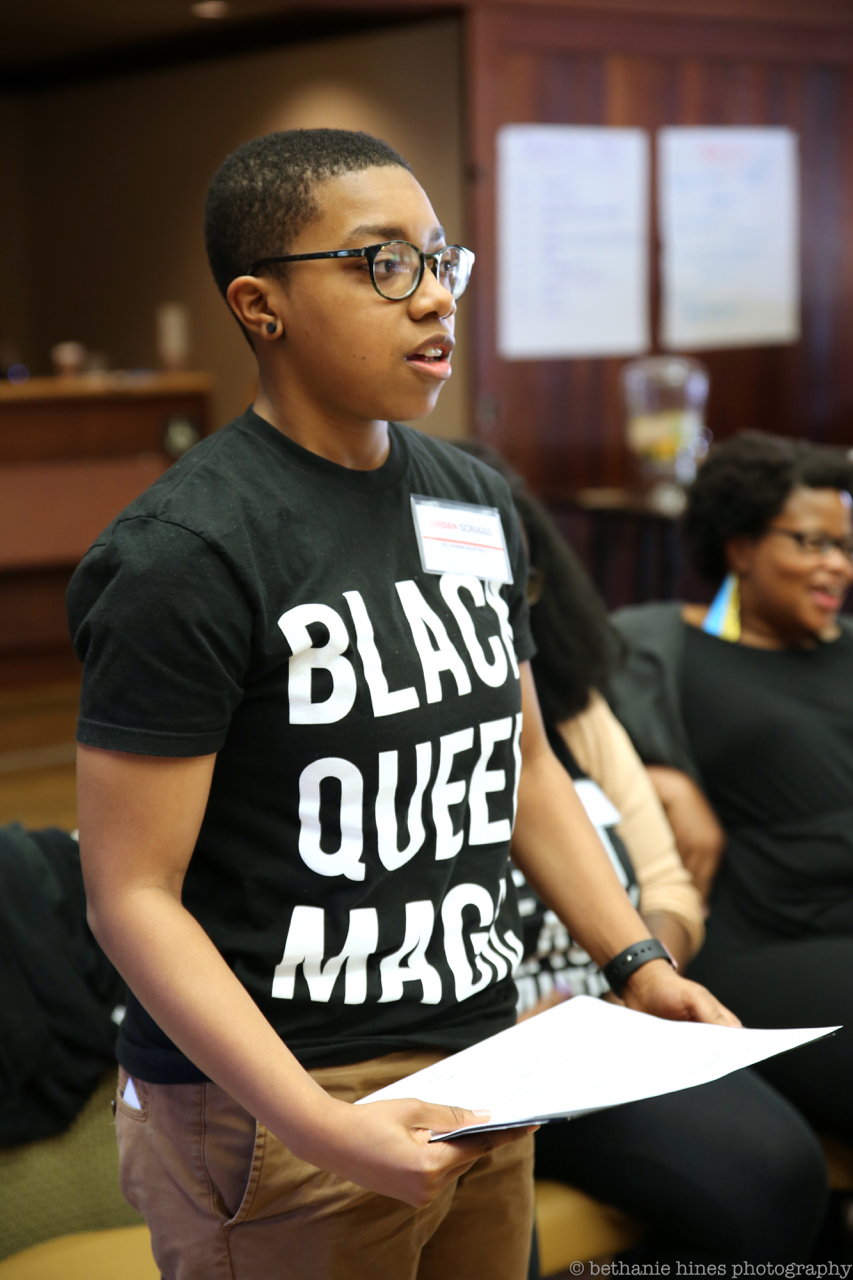 Born and raised in Tennessee, Jordan Scruggs is a communicator and activist that specializes in reproductive justice and progressing LGBTQ rights. The passion of their community activism comes from being raised by a plethora of Black women and men who stressed the importance of change through community actions. Through this passion, Jordan has been an activist for progressing LGBTQ rights in Tennessee since advocating for anti-bullying rights for LGBTQ youth in schools to state politicians. Their hard work resulted in being given MTV’s Logo Youth Trailblazer Award and becoming a board member for Nooga Diversity Center. Recently their activism was highlighted by Organizing for Action which led to introducing the President of The United States, Barack Obama in 2015. Today Jordan focuses on writing with Echoing Ida to include the necessity of action for comprehensive reproductive education and justice in Tennessee. 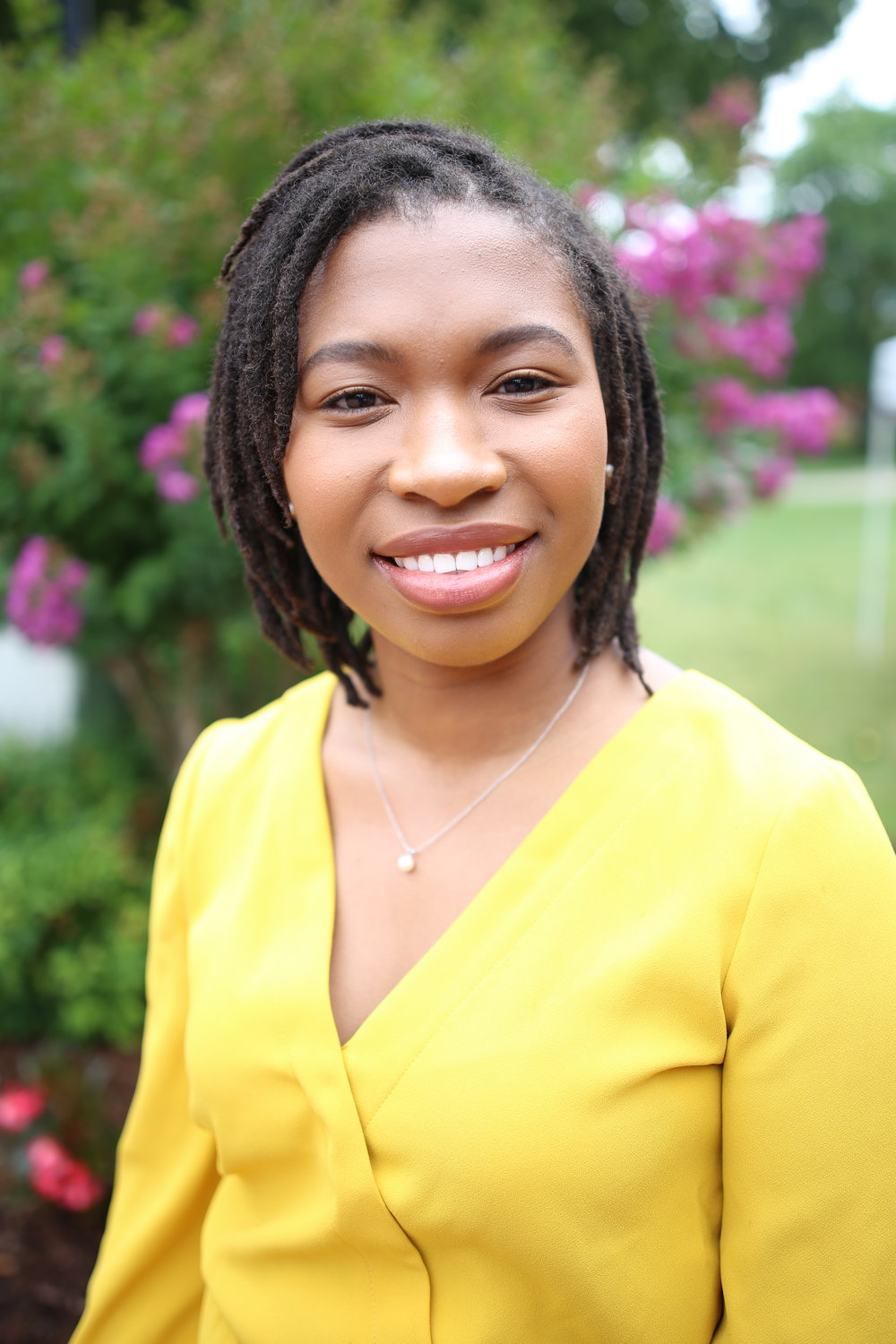 Judith is from Fond-des-Blanc, Haiti, and immigrated with her family to the United States in 2004. She holds a B.A. in History from Williams College and a Masters of Divinity from Vanderbilt Divinity School. Judith is fluent in Haitian Creole and conversational in French. Prior to joining TIRRC staff, she worked at the Healing Trust Foundation and the Jean Crowe Advocacy Center. She also interned as a Policy Intern with TiRRC in 2014, and she came on staff as a Policy Officer May 2018. As Policy Officer, she monitors the legislative process for potential impact on the immigrant community and building coalitions to support immigrants and refugees in TN. 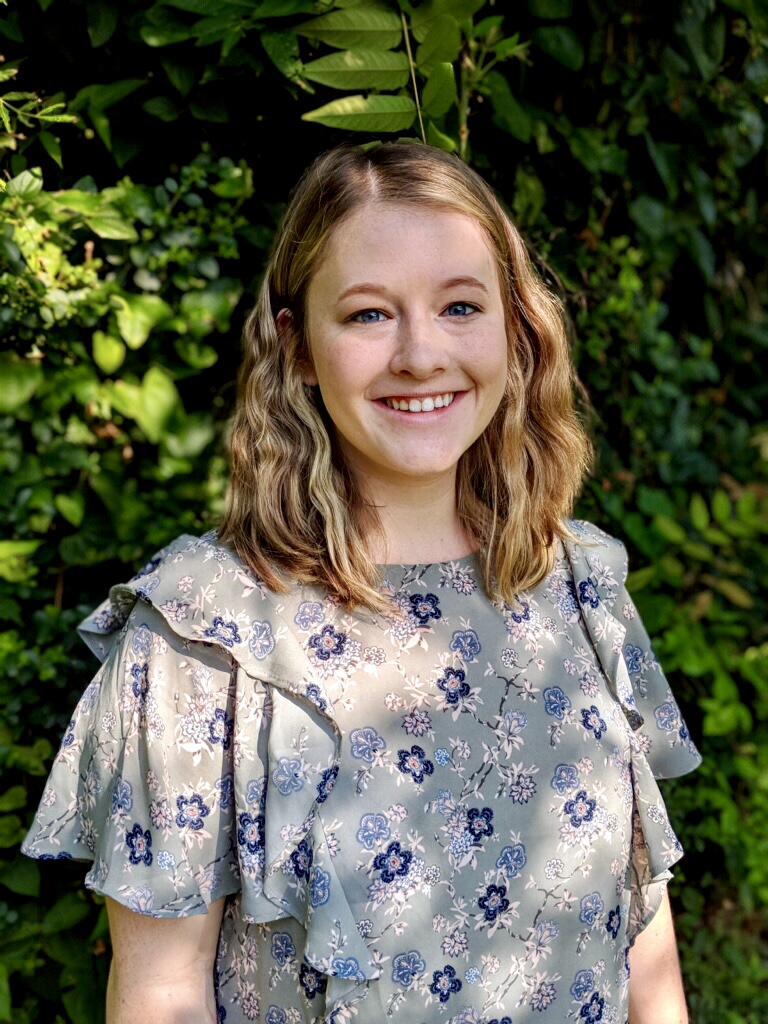 Elise grew up in Shreveport, LA, where she completed a B.S. in Biology at Centenary College in 2014. After 2 years of working within the healthcare system and witnessing the impact of systemic inequality on people’s bodies and lives, Elise moved toNashville in 2016 to pursue her M.Ed. in Community Development & Action at Vanderbilt University. Her experience navigating abortion access in Louisiana and passion for health equity prompted her to focus on community-based work in reproductive health. During this time, Elise collaborated with Planned Parenthood in Nashville and the Tennessee Stories Project on research and advocacy work related to reducing abortion stigma, comprehensive sex education, and access to reproductive health care. Elise continues to build upon this through her role on Healthy and Free Tennessee’s Steering Committee, and is committed to developing and supporting policies and practices that advance reproductive freedom in Tennessee. 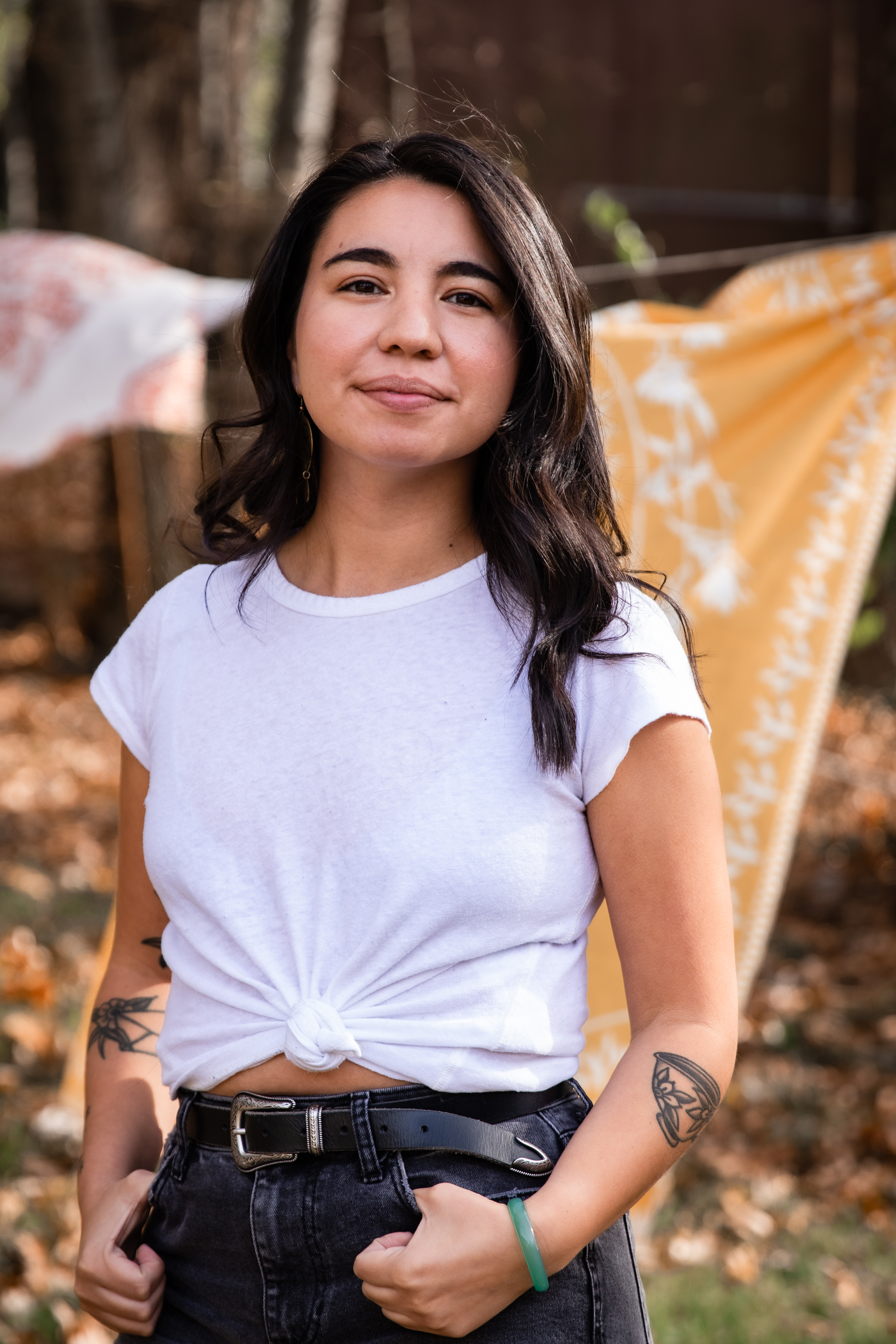 Lizzy has focused her career on gender equity and building power amongst working people in the South. She is the current Southeast Digital Organizer for the Working Families Party, building digital and grassroots solidarity across the region and supporting the electoral programs of the party. Prior to the Working Families Party, Lizzy organized with Tennessee Advocates for Planned Parenthood, pioneering innovative and inclusive programming, leading all direct actions, legislative and electoral campaigns, and training in Middle Tennessee to secure reproductive rights for all Tennesseans. She was the 2019 recipient of the Planned Parenthood Global Youth Ambassador Fellowship, connecting local reproductive rights work to global struggles for Reproductive Freedom. She holds a Bachelor of Social Work from Capital University in Columbus, Ohio, and a Masters of Science in Social Work from the University of Tennessee. She serves on the New Leaders Council board in Nashville and is an active member of her union, Workers United Local 1115. Her love for her community is rooted in her experience as an immigrant and transnational adoptee, seeds planted by her birth mother and tended to by her mother, Lisa.

Anna has been proud to call Tennessee home since 2009 and has served as Co-Director of Healthy and Free Tennessee since 2017. She’s a Ph.D. candidate at Vanderbilt in Political Science with a Graduate Certificate in Women’s and Gender Studies. She became interested in community organizing while living and working overseas in France, Senegal, Bangladesh, Rwanda, and Afghanistan. She got involved in the reproductive freedom movement in Tennessee in 2014 during the No on 1 campaign and has been involved with local organizing ever since, especially around issues of racial justice, abolition, and food sovereignty. Contact: [email protected] 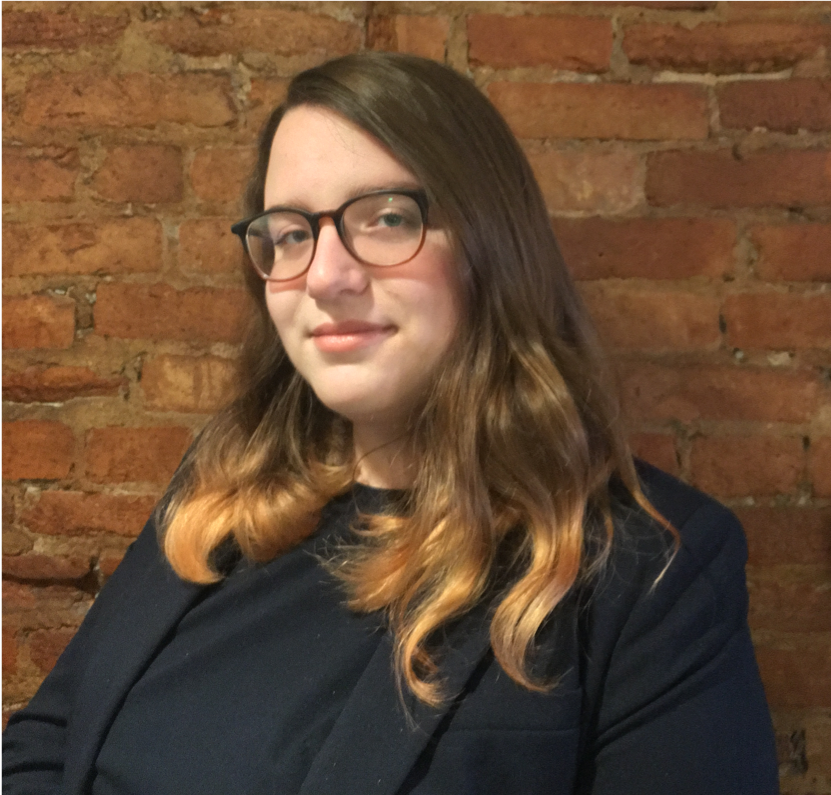 Nina is an organizer, educator, and policy nerd. Originally from outside of Philadelphia, PA, she has worked in policy at local, state, federal, and international levels. Nina got her formal organizing start at Planned Parenthood of Southern New England where she was a Generation Action intern and member of the Youth Leadership Advisory Council. Most recently, Nina earned her J.D. from Drexel University School of Law. In law school, she served as a legal intern for the AIDS Law Project of Pennsylvania and the National Clearinghouse for the Defense of Battered Women and volunteered with Project Safe, a harm reduction collective focused on the needs of street-based sex workers and substance users in Philadelphia. In 2016, Nina earned her B.A. in Feminist, Gender, and Sexuality Studies and Government from Wesleyan University. Contact: [email protected] 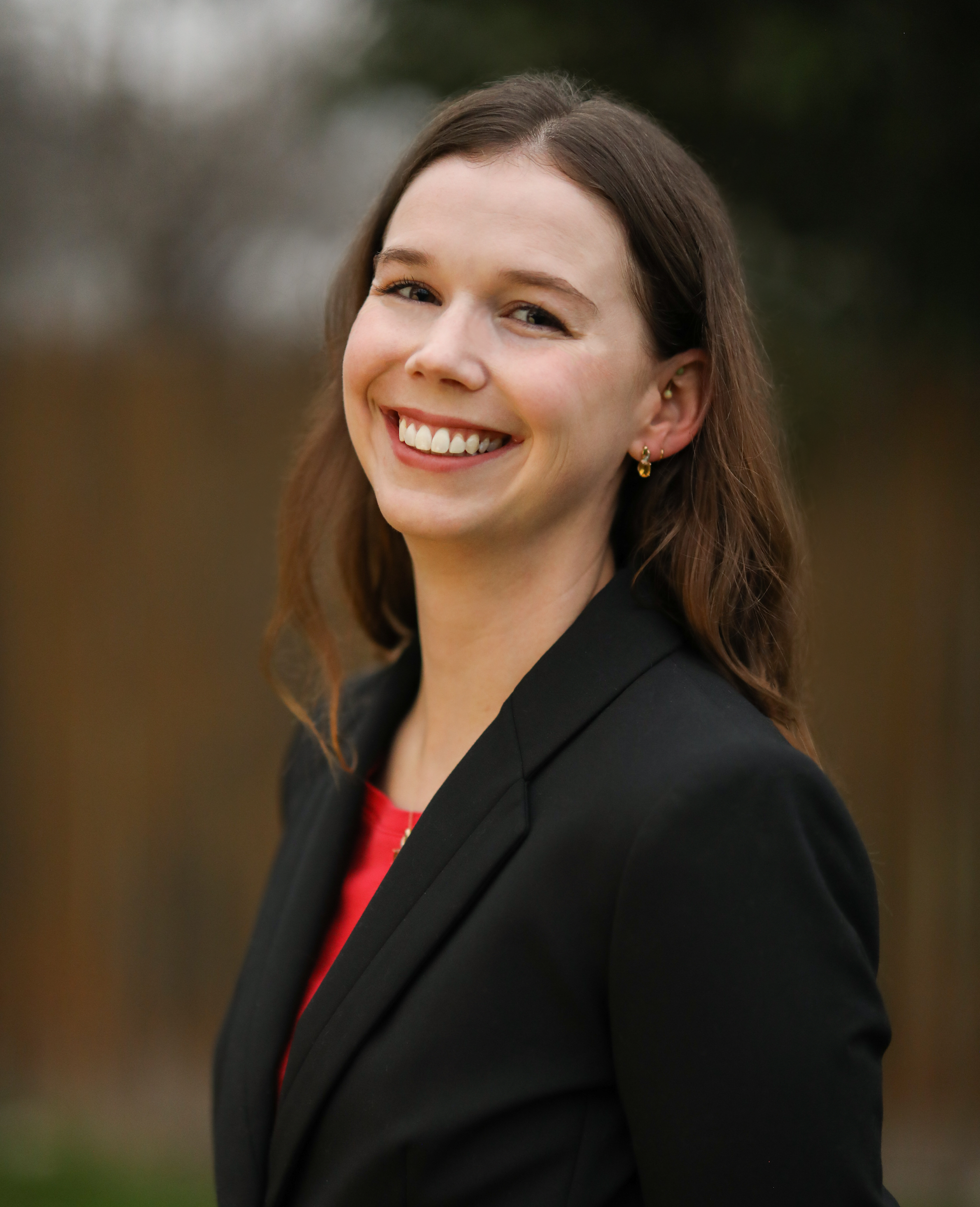 Heather recently received her J.D. and Master of Public Affairs from the University of Texas. As a law student and after graduating, she worked with Avow Texas and Jane's Due Process in Austin advocating against restrictive state-level abortion policies. She has also served for years as a hotline and textline volunteer with Jane's Due Process, helping young people navigate parental consent laws on abortion and birth control. As a lifelong Texan, she has developed a passion for reproductive justice in the South, and could not be more excited to join the Healthy and Free Tennessee team to support reproductive freedom for Tennesseans. Contact: [email protected]