Tennessee officials have again demonstrated their commitment to punishing pregnant people for their pregnancies and outcomes. After claims that Murfreesboro resident Anna Yocca attempted to give herself an abortion in her home, Rutherford County Prosecutors aimed first to convict Ms. Yocca with attempted murder and then with fetal assault (yes, the same fetal assault law that sunset in July 2016). Failing to gain legal ground on either charge, prosecutors dug up two ancient pre Roe v Wade laws that criminalize abortion and carry felony penalties. After being incarcerated for over a year while awaiting trial, on January 9th 2017 Anna Yocca pleaded guilty to "attempted procurement of a miscarriage" in exchange for immediate release from jail. Read a joint press statement below from National Advocates for Pregnant Women and Healthy and Free TN for more context and implications. 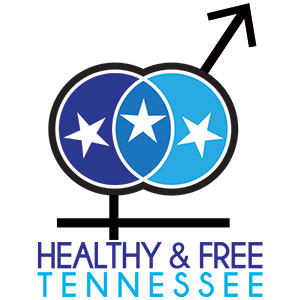 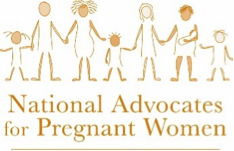 Resolution in Case of Alleged Attempted Abortion With Coat Hanger

On January 9, 2017 Anna Yocca of Tennessee pleaded guilty to attempted procurement of a miscarriage a class E Felony, in exchange for her immediate release from jail.

Her case dates back to December 8, 2015, when Tennessee prosecutors indicted Ms. Yocca for attempted first degree murder based on the claim that she had used a coat hanger in an attempt to terminate her approximately 24 week pregnancy. After seeking help at a local hospital she voluntarily underwent cesarean surgery and gave birth to a premature baby who has since been adopted.

Ms. Yocca was arrested and was unable to pay the bond for her release, which was set at $200,000. She had been incarcerated in the Rutherford County Adult Detention Center for more than a year without a trial or conviction.

In February 2016, Ms. Yocca’s defense attorney Gerald Melton succeeded in getting the murder charge dismissed. She was re-indicted for aggravated fetal assault under a 2014 law that explicitly permitted arrests of pregnant women.  According to that law’s supporters, only women who illegally used opioids and gave birth to babies who experienced neonatal abstinence syndrome would be subject to arrest. Nevertheless, prosecutors charged Ms. Yocca, despite no allegations of illegal use of opioids.

As a result of opposition to the 2014 law and evidence that it was ineffective in addressing health issues relating to pregnant women and opioid use, the law went out of effect in July of 2016.

In December 2016, facing a motion to dismiss and strong legal arguments against her arrest, prosecutors charged Ms. Yocca with three new felonies including aggravated assault with a weapon, as well as two laws originally adopted in the late 1800’s: attempted criminal abortion and attempted procurement of a miscarriage. Both of these charges are currently part of Tennessee’s criminal abortion code.

Lynn Paltrow, Executive Director of National Advocates for Pregnant Women (NAPW), said “Today, after more than a year in jail, in order to win immediate release Ms. Yocca pleaded guilty to attempted procurement of a miscarriage despite the fact that it is unconstitutional and a violation of international human rights principles to use this vague statute to punish women and new mothers for their pregnancies and the outcomes of those pregnancies.”

Paltrow explained, “This plea deal should not be understood as validation of arresting and punishing pregnant women who have or try to have abortions but rather a frightening example of how the criminal law system can be used to bully and punish pregnant women and mothers – with or without a conviction or valid law.”

Nancy Rosenbloom, NAPW’s Director of Legal Advocacy, warned “at a time when much of the country is taking more seriously the need for criminal justice reform, the prosecution of Anna Yocca indicates a larger trend in the punishment and incarceration of women in Tennessee. Using the state’s abortion laws to punish pregnant women will increase the state’s already record high prison population in which women make up the fastest growing part.”

Broad opposition to prosecution and punishment of women

The arrest and prosecution, and now a plea occurred despite the fact that organizations that seek to overturn Roe v. Wade consistently claim that the laws criminalizing abortion will not be used to prosecute and punish the women who have them. In the aftermath of President elect Trump’s campaign statement that “there has to be some form of punishment” for the women who have abortions, anti abortion groups including March for Life, National Right to Life Committee, and the Susan B. Anthony List specifically spoke out against penalties for the women themselves. None of these groups, however, have opposed the prosecution of Ms. Yocca.

Ms. Yocca was held in the Rutherford County Adult Detention Center. During her incarceration, there were multiple deaths of incarcerated people including two suicides. The  facility was decertified in December of 2016 by a unanimous vote of the Tennessee Corrections Institute Board of Control.

Also during Ms. Yocca’s incarceration, Sheriff Robert Arnold, who oversees this facility, was indicted by a grand jury on charges including bribery, fraud and conspiracy for personally and illegal profiting from incarcerated people through the sale of JailCigs, an electronic cigarettes business owned by the Sheriff’s uncle and a former next door neighbor. Although originally free on bond, a judge revoked Arnold’s bond when he was accused of assaulting his wife.

Conditions of incarceration at the Rutherford County Adult Detention Center are particularly harsh including restrictions on sending books and a ban on any mail other than post cards, and requiring all visits to be by video, through VizVox, a private corporation.

While the specific circumstances of Ms. Yocca’s case are not known, what is known from experience around the world and in the United States before and after the 1973 Roe v. Wade decision, is that nothing will stop women from ending a pregnancy when they feel it is wrong for them and their families. It was estimated that before Roe, 1-1.2 million women in the U.S. were having abortions each year despite laws making it a crime.

Especially before the Roe decision, women used knitting needles, coat hangers, and other sharp objects in an effort to terminate a pregnancy, sometimes with disastrous consequences for the woman’s life or her future childbearing ability. The coat hanger became a potent symbol for dangerous abortions carried out as a result of laws criminalizing abortion.

Francine Coyteaux, principal investigator at Public Health Institute, said “Today, we live in an era where safe home abortion is possible. With the medication Misoprostol alone or in combination with Mifepristone, women around the world have learned how to have safe abortions outside of medical settings, and protected from the possibility of arrest.” In the U.S. states, including Tennessee have enacted specific restrictions on telemedicine laws to make such abortions, even with medical supervision, illegal or virtually impossible to obtain.

This is just one of many restrictive abortion laws in Tennessee. Allison Glass, State Director of Healthy and Free Tennessee explained, “96 percent of Tennessee counties—where a majority of the state’s women live—have no abortion providers. Women in Tennessee must get state-prescribed, in-person counseling from the abortion provider, wait 48 hours, then come back for the procedure.” Ms. Glass also noted that in 2014, a ballot measure passed establishing that the Tennessee State Constitution could not be interpreted to provide any protection for women who have abortions. “Tennessee lawmakers have made Tennessee an incredibly hostile state, both through legislation and in creating a highly stigmatized climate, where one’s ability to secure safe and legal abortion is extremely difficult and sometimes impossible,” Ms. Glass said.

Nancy Rosenbloom of NAPW, explained, however, that the one federal court decision to specifically address the question of punishment of women who have abortions ruled that such punishment is unconstitutional. The Ninth Circuit Court of Appeals in the case ofMcCormack v. Herzog struck down several parts of Idaho's abortion laws in a case that grew out of Idaho’s decision to charge a woman who had safely terminated a pregnancy at home under the state’s pre-Roe law explicitly making “self-abortion” a crime. Ms. Rosenbloom vowed that NAPW will continue to fight these unlawful prosecutions until “all women in the U.S. are able to continue their pregnancies or end them – within or outside of the formal health care system -- with dignity, and safe from the threat of punishment for themselves and anyone who supports them.”