What the TANF "Surplus" Really Means for Low Income Families

When I think of the word surplus, I think of plentiful harvests, extra money, and fulfilled and nourished communities. I don’t think of ranking 9th of all states in highest rates of child poverty, 8th in extreme child poverty, and 4th in extreme poverty for children under 6 years old. Despite these horrifying figures, a Beacon Center report released last year revealed that the Tennessee Department of Human Services has amassed over $700 million of funds intended to alleviate poverty for these families: what some are now calling the TANF “surplus.” In reality, it is anything but.

Temporary Assistance for Needy Families (TANF), or as it’s known in Tennessee, Families First, is a program designed to provide direct assistance to families living in poverty. The federal government provides a block grant to Tennessee to fund and administer the program and the state contributes funds as well. However, since 2013, Tennessee has stockpiled over $700 million, the highest reserve of any state in the country. Funds that should have gone to direct assistance payments or programs designed to assist families were instead hidden away, preventing benefits for those living in poverty and especially egregious now given the additional economic hardships that COVID-19 has created. 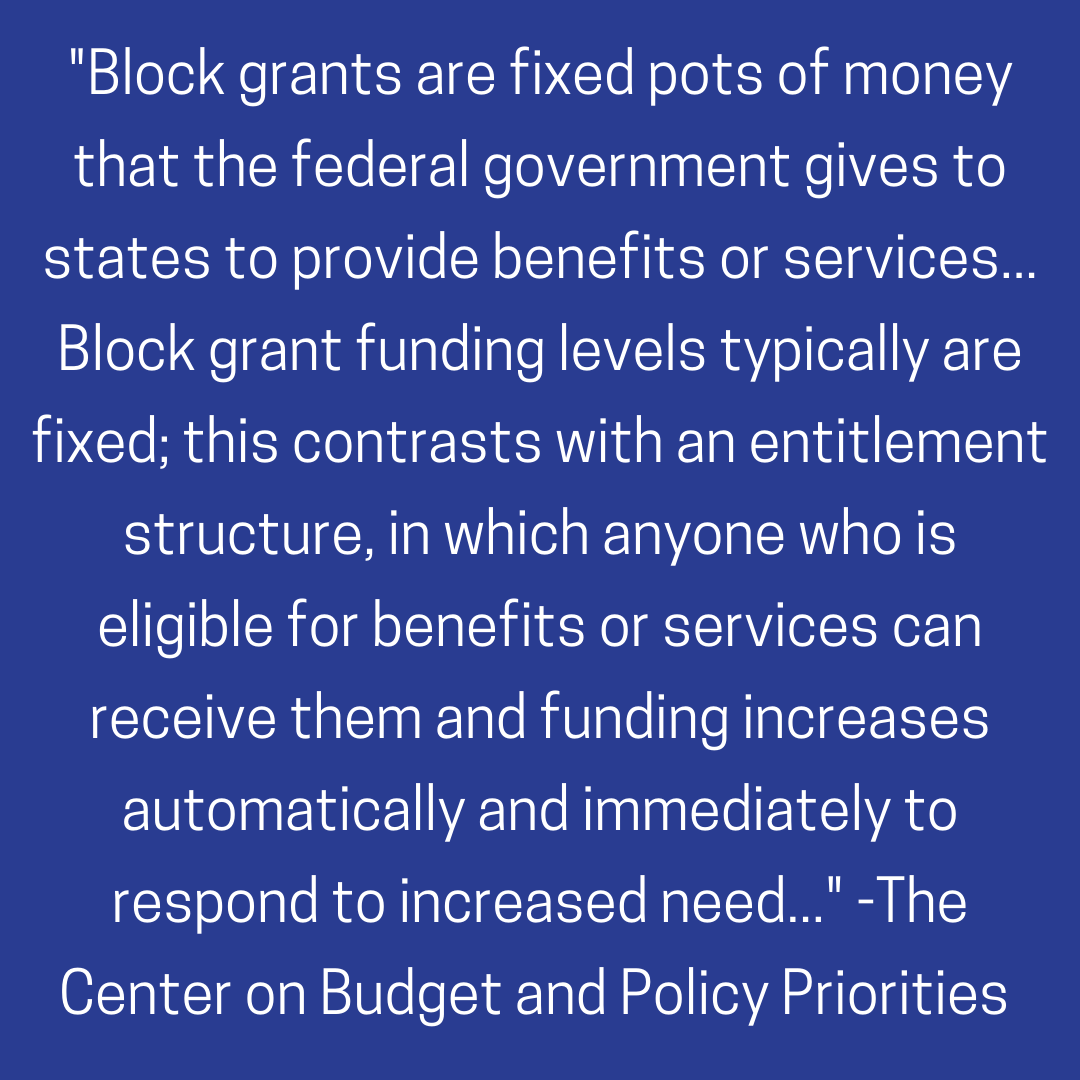 Problems with the TANF block grant are not new, nor are they unique to Tennessee. The block grant has proven ineffectual at providing direct assistance and has acted as a barrier to accountability for states administering the program. The utter failure of the TANF block grant should be especially concerning to Tennesseeans because the federal and state governments have approved a similar block grant mechanism to administer TennCare in the state. History tells us that promises to reinvest “savings” from block grants are at best empty and misleading and at worst misdirecting funds away from Tennessee families that desperately depend on these programs, which are paid for by our federal tax dollars.

When confronted last year with the alarming news that the state was withholding more than $700 million from families in need, and that because of this mismanagement, the state may be forced to forfeit the funds, legislators launched hearings and attempted to find ways to spend down the reserves. Most recently, as we mentioned in our last blog post, legislators have proposed and promised to use some of the “surplus” to fund a phonics-based reading program. But often these proposals are just a way to use the funds to fill gaps in general state budget needs and not what the program was intended to accomplish: direct assistance to low income families and anti-poverty measures.

The Department of Human Services originally defended the decision to hold the funds in reserve by arguing that they may be needed for a rainy day. As reproductive freedom advocates know, when it comes to the state of poverty in Tennessee, we are already in a downpour. Our state government may be hoarding funds from families who need it and calling it a “surplus,” but we know better. We know that our state is in a deficit, a deficit of its own creation. A deficit in our government’s leaders, actions, and compassion, which have consistently left low income families out in the rain. HFTN will be closely monitoring bills related to public benefits and the TANF reserves this session. Check out our watchlist (coming soon) for more information. Check back on the blog soon for more historical context about the racist origins of TANF/welfare reform.

With weekly blog posts and analysis, we hope to cover a wide range of issues other state-based media missed and introduce our readers to emerging policy debates and current trends in reproductive freedom analysis. These blog posts will pull on the expertise and experience of our staff and community. If you have an idea and would like to pitch a post for us, please email Nina at [email protected] to discuss.